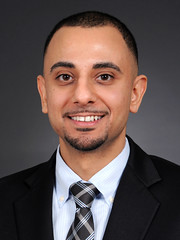 A 64-year-old woman with a complex Barrett’s history was referred to our esophageal center. Her treatment history included endoscopic mucosal resection (EMR) with M3 intramucosal carcinoma and incomplete response to radiofrequency ablation (RFA) of the remaining Barrett’s, as well as further EMR and biopsies that demonstrated persistent low-grade dysplasia. After referral to our center, a repeat endoscopy demonstrated C1M8 Barrett’s with areas of low- and high-grade dysplasia with suspicion of buried Barrett’s. Initially, the patient was referred for an esophagectomy but ultimately received an organ-preserving curative circumferential endoscopic submucosal dissection (C-ESD). Our rationale for performing a complete C-ESD was to entirely resect the remaining dysplastic Barrett’s and eradicate the persistent Barrett’s that was refractory to RFA. Subsequently, with stricture prophylaxis and management with balloon dilation, the patient had complete squamous reepithelization without any residual Barrett’s, which was confirmed endoscopically and histologically.

Our technique used for C-ESD begins with a circumferential incision on the gastric side (distal margin) with trimming. A mucosal incision of 1.5 to 2 cm at the proximal (normal squamous) margin is then made, and a tunnel is advanced until the scope emerges into the gastric lumen from the area of the distal gastric circumferential incision. The process of incision, tunneling, and emerging into the gastric lumen is repeated 2 more times, which ultimately yields 3 tunnels that start from the normal squamous mucosa and end at the normal gastric mucosa. Each tunnel is then expanded laterally until all 3 tunnels are connected. Note that the proximal intervening mucosal between the tunnel entry sites is not dissected until the very end, after all 3 tunnels are connected submucosally. That way, there is no requirement for traction devices, as the intact proximal intervening mucosa supplies all of the necessary traction, which results in lower procedural difficulty. In using this approach, we observed that the procedure can be performed in a consistent and reproducible manner. With complete C-ESD, the definitive resection of dysplastic Barrett’s and remaining Barrett’s can be resected en bloc in a single procedure.

C-ESD may have a role in the management of complex Barrett’s patients, but its widespread usage is currently limited due to stricture incidence. If a successful steroid-avoidant stricture prophylaxis regimen is established, C-ESD may have a greater role in the management of Barrett’s neoplasia as it facilitates the resection of neoplasia and remaining Barrett’s. Furthermore, the en-bloc resected specimen facilitates the optimal pathologic assessment of the proximal, distal, and deep margins.