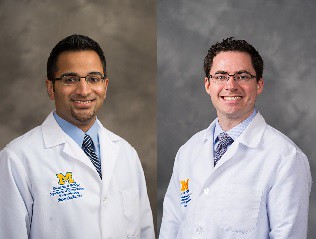 We present a case of a 58-year-old man with decompensated cirrhosis and transfusion-dependent anemia with nodular gastric antral vascular ectasia (GAVE) refractory to multiple treatment sessions with mucosal ablative therapies that we treated with serial mechanical ligation. Our initial plan was to treat these lesions with endoscopic band ligation. However, at endoscopy our patient had several large nodular lesions that were not amenable to capture by the band ligator cap. We thus utilized a detachable snare for treatment of the largest lesions, which achieved the desired ischemic changes in the target tissue. This approach was safe, technically straightforward, and highly effective in this patient with near complete eradication of GAVE and complete resolution of his transfusion-dependent anemia after 3 treatment sessions.

Clinically significant gastric antral vascular ectasia (GAVE) generally manifests as iron deficiency anemia or less commonly overt gastrointestinal bleeding often in patients with underlying cirrhosis or connective tissue disease. Anemia can be protracted due to the chronicity of these lesions and a subset of patients is transfusion-dependent. Several endoscopic patterns of GAVE have been described including 1) linear columns of flat erythematous mucosa extending radially from pylorus (classic “watermelon stomach”), 2.) diffuse gastric punctate erythematous lesions (“honeycomb stomach”), and 3.) antral-predominant erythematous nodular lesions as was seen in our case.

Endoscopic mucosal ablation with argon plasma coagulation (APC) or radiofrequency ablation (RFA) is well-tolerated and highly efficacious in achieving reduction in chronic blood loss and resolution of transfusion dependent anemia in most patients. In our patient, we successfully performed mechanical ligation as a salvage therapy for failed attempts at mucosal ablation with APC.

While there are studies describing the outcome of endoscopic band ligation in the management of GAVE, we felt that it was important to highlight the use of detachable snares for lesions too large for standard banding, describe the endoscopic technique, and visually illustrate the changes that occur over time on serial exams. The technique is an extension of skills that are already familiar to the endoscopist, however, this salvage technique may be unfamiliar to many individuals that treat refractory GAVE.

We hope that gastroenterologists will consider adding mechanical therapies to their armamentarium in the management of GAVE, even for large nodular lesions. Furthermore, we would emphasize the importance of patience and persistence in treating GAVE as eradication often requires multiple treatment sessions as in our patient.