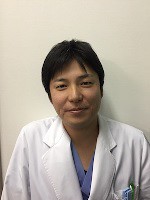 Post written by Hideaki Koga, MD and Akio Katanuma, MD from the Center for Gastroenterology at Teine-Keijinkai Hospital in Sapporo, Japan.

A 76-year-old man who underwent laparoscopic cholecystectomy (LC) and pancreaticoduodenectomy presented with repeated cholangitis. CT showed mild dilation of the bile duct with an enhancing wall, and the surgical clips after LC located near the hepaticojejunostomy site. Because these findings suggested cholangitis due to the anastomotic stricture, a short-type single-balloon enteroscope (short-SBE) was used for bile duct drainage. The enteroscope showed the surgical clip eroded into the bile duct at the anastomotic site. It could be pulled out smoothly using biopsy forceps. The clip removal may have injured the bile duct mucosa or other clips may still remain in the proximal bile duct, thus we subsequently attempted direct peroral cholangioscopy (D-POCS) to examine the bile duct. D-POCS showed no contrast extravasation, no bile duct injury, and no remaining clips in the proximal bile duct. The patient did not suffer from cholangitis in the following 5 months after the procedure.

ERCP is a common modality for treating clip eroded into the bile duct. Although ERCP for patients with surgical upper-GI anatomy is difficult, it is feasible to access the hepaticojejunostomy site using short-SBE. Short-SBE is useful as it allows the use of various endoscopic devices owing to the large working channel diameter. Various biliary interventions can be performed using short-SBE. Furthermore, D-POCS could be performed easily with assistance of an overtube and a guidewire.

The use of short-SBE is an effective method of accessing the hepaticojejunostomy site for therapeutic biliary intervention in patients with surgical upper-GI anatomy.