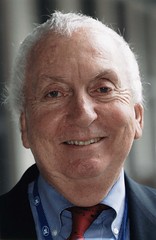 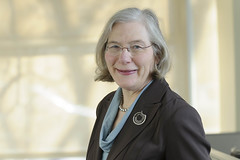 Colonoscopy was introduced in the 1970s, making it possible for the first time to directly examine the entire colon for cancer and polyps. The feasibility of colonoscopic polypectomy as an outpatient procedure with sedation eliminated the need for inpatient surgery with general anesthesia. Clinical practice soon evolved, with the belief that the removal of polyps could prevent cancer. However, this was controversial and unproven, and concerned endoscopists practiced intense short-interval follow-up of the colonoscopic polypectomy with the belief that this was necessary.

The National Polyp Study (NPS) was designed to test whether these follow-up surveillance intervals could be safely extended, based on the understanding of the biological long polyp-cancer progression. A randomized trial of surveillance was designed within which other questions could be addressed, including: [1] whether removal of polyps (adenomas) would prevent cancer and cancer deaths, [2] whether colonoscopy was more accurate than the then commonly used double contrast barium enema (DCBE) for surveillance, and [3] whether the presence of adenomas increased the familial risk of colorectal cancer (CRC).

It was an uphill battle to organize, fund, and initiate the study. The NCI was skeptical, endoscopists were reluctant to defer 2 years of the surveillance exams and were concerned about relying only on colonoscopy rather than the DCBE, and patients were hesitant to have their first surveillance deferred to 3 years.

The results of the NPS presented in this perspective 40 years after accrual of the first patients detailed the issues that we addressed as challenges to us within the landscape of clinical practice at that time. The post-polypectomy model was never before used. It was a challenge to get that model accepted. We first had to find a surrogate for CRC since the cancer endpoint would have required a much larger study cohort followed for many years. We choose the advanced adenoma and demonstrated its validity. The randomized design permitted us to provide strong scientific evidence. We incorporated blinded/unblinded observations to convincingly demonstrate the superior accuracy of  colonoscopy compared to DCBE. We proved that the removal of adenomas prevented CRC, and the longer follow-up showed that polypectomy prevented CRC deaths.

The NPS observations led to guideline recommendations including longer surveillance intervals, use of colonoscopy as the preferred follow-up exam, assessment of the family history of advanced adenomas as an indicator of CRC risk, and introduced screening colonoscopy.

The NPS observations compelled further challenges, which are being addressed using the NPS model, including: further lengthening of surveillance intervals, CRC risk related to advanced adenoma family history, effectiveness of screening colonoscopy, and primary prevention studies using the NPS model and advanced adenoma surrogate. The overall goal of the NPS and ongoing studies is to help prevent lethal CRC by finding and removing precursor adenomas effectively, with reduced risk to the patient from both the disease and procedures.