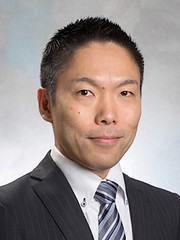 In this video, we present a case of a large flat lesion in the cecum that was removed by ESD using a scissor-type ESD knife and discuss the various features and potential advantages of this knife.

A 60-year-old woman was referred for ESD after her first screening colonoscopy revealed a 7-cm mixed granular type laterally spreading tumor (LST-G-mixed) in the cecum opposite to the ileocecal valve. A scissor-type ESD knife (SB Knife Jr; Olympus America, Center Valley, PA, USA) was used to perform ESD. The scissor-type ESD knife is fully rotatable, with an insulated outer surface such that only the surfaces between the jaws have cutting and coagulation effect. The scissor-type ESD knife was used to perform the mucosal incision (Endocut Q, effect 1, cut duration 3, cut interval 1; VIO300D, ERBE USA, Inc, Marietta, GA, USA). During submucosal dissection, the direction of the knife was rotated and adjusted so that the submucosal tissue was dissected in a parallel fashion to the muscle layer. Each cut during submucosal dissection involved a combination of soft coagulation for vessel sealing (effect 5, 40 Watts), followed by Endocut current to complete the dissection. Small bleeding vessels were also successfully treated under a soft coagulation current. An en-bloc resection was achieved, and the final pathologic diagnosis was tubulovillous adenoma with focal high-grade dysplasia. The margins were negative, and thus complete and curative resection was obtained.

The novel scissor-type ESD knife was first developed in Japan in 2011, and recently, this knife became available in the United States. In this case, this knife’s stability and ease of use allowed the majority of the procedure to be successfully performed by an advanced endoscopy fellow under close supervision from an ESD expert, with the expert performing the most challenging and critical aspects of submucosal dissection.

The scissor-type knife has several notable benefits in ESD. Because of its design and rotatability, it allows for increased stability and accurate control of the submucosal dissection process, as well as accurate vessel sealing and hemostasis. Furthermore, it may have potential benefits for beginners in ESD, by allowing the trainee to learn the underlying principles and strategy of ESD and begin recognizing submucosal dissection planes in a safe and effective manner. This video demonstrates the benefits of the scissor-type knife in the performance of a safe and effective cecal ESD. Further studies are needed to evaluate the effects of the scissor-type knife on the learning curve in ESD.