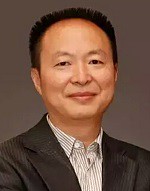 Our video case report describes a 34-year-old woman with refractory esophageal stricture that resulted from scar formation after endoscopic submucosal dissection of a fibroma. Esophagography showed the stricture located at the level of T6 with a 4 mm length. Meanwhile, EGD showed the stricture with a 2-mm opening was smooth and circumferential. Considering the prior failed treatments (including balloon dilation and stent placement) and features of the stricture, we tried to incise the stricture with radical incision and cutting technique (RIC). During the procedure, four radical longitudinal incisions were made by pulling the knife parallel to the esophagus. This technique was repeated until the incision reached the surface of the muscularis propria or the plane constituted by the mucous membrane of the 2 ends of the stricture. The procedure was completed after total excision of the stenosis and a standard EGD endoscope could advance into the stomach without resistance.

I felt it was important to demonstrate in this video how to successfully manage refractory esophageal stricture with RIC including the indications, the setting of cutting mode and coagulation mode, the depth of incision and so on.

Although dilation therapy (eg, balloon dilation) is regarded as first-line therapy, endoscopic incision is a safe and effective alternative method for patients whose multiple reinterventions have failed.

Endoscopic incision was developed recently and there is little research on this technique. Its security and effectiveness should be confirmed by more studies.