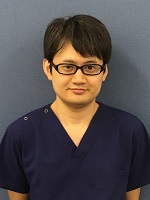 Koh Kitagawa, MD, from the Center for Gastroenterology, Teine-Keijinkai Hospital, in Sapporo, Japan presents this video case “Tornado effect: accidental removal of a biliary metallic stent on winding around a stent retriever.”

Our video case describes the accidental removal of a non-covered hilar self-expandable metallic stent(SEMS) placed in a partial “stent-in-stent” manner upon around a Soehendra® stent retriever (SSR; Cook Medical, Bloomington, IN, USA) like a “tornado.”

A second ERCP was performed, and although the guidewire could be inserted into the right posterior duct, but the catheter could not pass through the overlapped mesh portion of the 2 SEMSs. An SSR was used to dilate the mesh interval part of the stent. However, at the time when the SSR was inserted in the stent and rotated to dilate the mesh part, the right SEMS winded around the retriever like a “tornado” and was eventually removed. Three plastic stents were finally deployed with no postprocedure adverse events. The patient immediately recovered from her cholangitis.

To the best of our knowledge, this is the first report of the removal of a hilar non-covered SEMS when an SSR was used.

Since this is an eventual successful case, care should be taken to prevent the accidental removal of hilar non-covered SEMSs when attempting to dilate the stent mesh using an SSR.