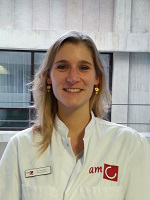 Sascha C. van Doorn, MD, from the Department of Gastroenterology and Hepatology at the Academic Medical Centre at the University of Amsterdam in Amsterdam, the Netherlands discusses this Original Article “Adenoma detection rate varies greatly during colonoscopy training.”

During endoscopy training of gastroenterology fellows (GI-fellows), the most important competency for colonoscopy is safe cecal intubation. Little is known about the adenoma detection rates (ADRs) of individual GI-fellows during their years of training and whether a variation in ADR is already present during this period. The focus of our study was to evaluate if a variance in ADR is already present during the course of colonoscopy training of GI-fellows. The second aim was to evaluate the predictive value of detection rates during training for ADRs in later practice as a gastroenterologist.

Although ADR is considered the most important quality indicator of colonoscopy, current literature reports a wide variation in ADR among endoscopists. Previous studies evaluating the ADR of fellows only focused on comparison of the ADR of gastroenterology consultants alone with the ADR in colonoscopies in which a fellow was involved, but no data are available on individual fellow ADRs. Our study showed that variance in ADR is already present during colonoscopy training, and our results suggest that a low ADR during training is predictive of detecting less adenomas as a consultant. Because the ADR is already determined during training we suggest that feedback and benchmarking should be systematically implemented during colonoscopy training.

Our study presents some interesting results but also raises some questions. In our study, the only fellow who had an ADR below 20% during the complete training also had a low ADR during consultancy. The number of fellows we included in our study is too small to draw any strong conclusions, but our data suggest that a high ADR of GI-consultants may already be predicted during their training. Larger studies evaluating more fellows are needed to confirm our findings.

Another aspect that needs further exploration is the role of supervisors during training on ADRs of fellows. Whether the emphasis of the supervising mentor is on polyp detection or not, might affect a fellow’s ability to achieve a high ADR in later practice.

During the study-period (2004-2012) no feedback was provided and the awareness of the importance of quality indicators of colonoscopy (eg, ADR) was lower than it is today. The effect of feedback and benchmarking on the performance of fellows during training is not yet known, and prospective studies should investigate this.

Find the abstract for this article here.