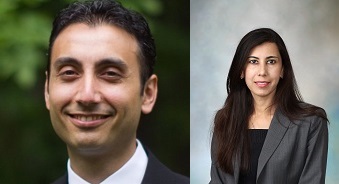 This case describes the endoscopic resection via double balloon enteroscopy of a jejunal hemangioma located approximately 280 cm distal to the ligament of Treitz. Jejunal hemangiomas are rare benign tumors that are discovered because of gastrointestinal bleeding, similar to our patient. They have traditionally required surgical resection. In this case, given the patient comorbidities, endoscopic resection was preferable. This was successfully performed using standard polypectomy techniques adapted from colonic polyp resection. Balloon assisted enteroscopy is an effective therapeutic tool in the small bowel. The basics of polypectomy in the small bowel are the same as in the colon. A mucosal lesion that can be lifted by submucosal injection can be safely resected with minimal injury to the underlying muscularis to avoid perforation. Challenges with balloon assisted enteroscopy include the thinner small bowel mucosa which increases the perforation rate, the richer vascular supply which increases the risk of bleeding, and the suboptimal endscope tip control making specific predictable maneuvers more difficult. The other important challenge is the difficulty in managing potential complications given inherent instability in scope position, the lack of certain tools designed for the enteroscope such as over the scope clips and the inability to quickly reintroduce the scope to the desired location should the need arises. Despite the technical complexity associated with deep small bowel polypectomy and the increase risk of complications, the benefits are clear. This patient with high comorbidities was able to have his lesion resected proving that it is benign and resolving his ongoing bleeding. This was done in the outpatient setting without the need for surgery. 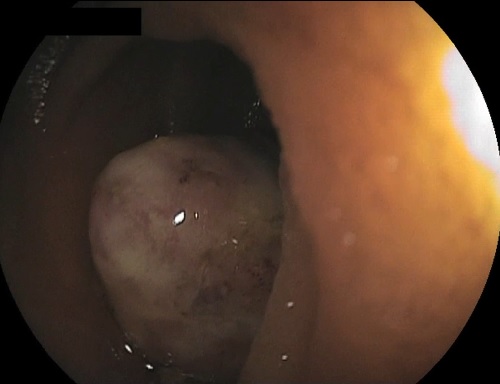 We feel that this case is important to show the feasibility of deep small bowel polypectomy. We included specific details to allow other endoscopist the ability to perform similar work should the need arise, allowing other patients to benefit from such an intervention.

We believe that certain maneuvers can make deep small bowel polypectomy more successful. Traversing the lesion when possible and plicating the bowel to have a shorted scope position might allow better tip control. An adequate submucosal lift with a mix of Epinephine and Methylene blue might decrease the risk of bleeding and facilitate the early identification of deep electrocautery injury. Finally, performing the procedure in the appropriate hospital setting with the availability of surgical support in case of the occurrence of an adverse event that defies endoscopic management is very important for patient safety.