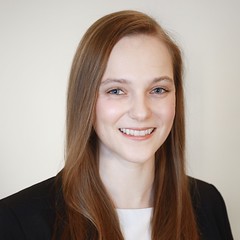 In this video case report, we show how endoscopic techniques can be used to treat adverse events during EUS-guided gallbladder drainage (EUS-GB).

The patient was a 44-year-old woman with cholelithiasis and prior episodes of treated cholecystitis. Because of severe abdominal pain and opioid dependence after a previous surgery, she refused further surgical intervention and instead opted for a multistage approach with EUS-GB.

As demonstrated in our video, a 15-mm AXIOS (Boston Scientific, Marlborough, Mass, USA) lumen-apposing metal stent was deployed with its distal flange in the gallbladder and its proximal end in the gastric antrum. During a subsequent endoscopy, electrohydraulic laser lithotripsy was performed through the cholecystogastrostomy fistula tract, and several stone fragments were removed. However, given the extent of the cholelithiasis, full stone removal was unable to be achieved, and the patient returned a few weeks later for further lithotripsy.

During a third endoscopy, the fistula tract required dilation with a 12- to 15-mm balloon to aid with stone removal. Yet, partway through the procedure, abdominal distention was noted, and fluoroscopy revealed contrast extravasation from the cholecystogastrostomy fistula tract. A 20-mm AXIOS stent was placed within the tract, and subsequent fluoroscopy confirmed lack of extravasation. Further lithotripsy was deferred that day.

At a fourth endoscopy, the stent was removed, revealing a healed tract. Lithotripsy was performed, and the final stones (including a large stone in the gallbladder neck) were removed. However, after all stone fragments were removed, a 1-mm perforation in the gallbladder neck was noted. The perforation was discussed with the surgical team intraoperatively, and the decision was made to pursue closure with endoscopic clip placement.

Four endoscopic clips were placed with complete closure of the perforation. The patient was started on broad-spectrum antibiotics and admitted to the hospital for observation, and she was able to be discharged the following day. During a follow-up endoscopy 3 months later, the endoscopic clips were removed, revealing a healed gallbladder wall. The patient continues to do well 15 months after the final endoscopy.

We chose to showcase this video because EUS-GB is increasingly becoming an option to treat cholelithiasis and cholecystitis for patients unable to tolerate a surgical approach. However, given EUS-GB’s relative novelty, it is important to discuss the adverse events that could occur and ways that endoscopists could manage these events.

In summary, we were able to treat cholecystogastrostomy tract disruption with AXIOS stent placement and gallbladder perforation with endoscopic clips. We also were able to show that the endoscopic clips can be removed after wall healing. Others who encounter similar adverse events could use these techniques. 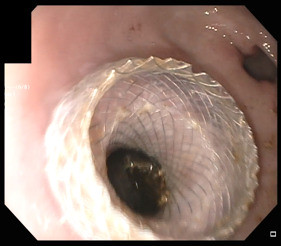