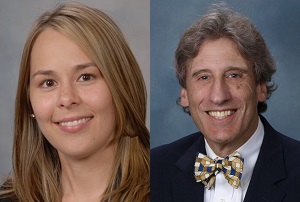 Our video is of a surveillance colonoscopy that demonstrated a 12 mm elongated, pedunculated polyp that was “wormlike” in appearance and found in the ascending colon. An EndoLoop detachable ligating device was used to reduce the likelihood of postpolypectomy bleeding, and then the polyp was resected with a hot snare and retrieved.

This unique pathology is benign but may need to be removed especially when large or causing symptoms. These polyps have an elongated core of submucosa, sometimes containing dilated vessels and lymphatics. The technique of Endoloop placement may be used prophylactically during mucosubmucosal elongated polypectomy to prevent postpolypectomy bleeding.