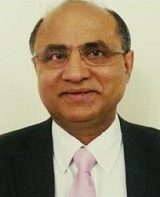 In this video we demonstrate a novel technique of underwater endoscopic mucosal resection (UEMR) without submucosal lift of a low rectal recurrent polyp (90 mm) reaching the dentate line. After assessment of the polyp, colonic lumen was collapsed by aspiration of all air and filled with water until complete filling of the lumen was achieved. UEMR (cap assisted) was performed with braided snare using endocut current effect 3, duration 1, and interval 6 (ERBE VIO 200, Germany). Lidocaine jell was used to numb the anal canal and 2 injections of 3mL lidocaine were administered at the dentate line to prevent any pain. Bleeding points during polypectomy were easy to identify and treat.

Rectal polyp reaching the dentate line (RPDL) is challenging to resect and is often referred for surgical resection. The lower rectum poses anatomical and technical challenges. Operating space is limited for conventional EMR with submucosal lift. Inability to insufflate because of anal air leakage further hampers views. Underwater endoscopic mucosal resection RPDL offers a novel way to remove such polyps. Endoscopic mucosal resection (EMR) with submucosal injection using air or CO2 insufflation significantly distends the colonic lumen and thins the colonic wall during the EMR, which may increase the risk of adverse events. Additionally, submucosal injection prolongs the procedure time and increases the potential risk of seeding neoplastic cells into deeper wall layers. Hence we felt it is important to share with colleagues this UEMR technique that in our limited experience seems to be an effective, safe, and well-tolerated procedure.

UEMR can be an alternative to traditional EMR particularly where air insufflation is limited such as in the lower rectum (leakage). Water distension gives sustained operating space to carry out polypectomy. Floating effect of mucosa over submucosa makes it easy to snare.  As the lumen is not distended with CO2, that makes polypectomy of large polyps less painful.

Underwater endoscopic mucosal resection is a novel technique that seems to be an effective, safe, and well-tolerated procedure.